Goal: to break down cutting-edge research on transformation for Sustainable Development so as to make it actionable with high school and vocational school students in Switzerland

en: Informatics Education at the Universities of Teacher Education (Switzerland)

This project a research project that aims to investigate and evaluate the current state of computer science education in primary and secondary level at Universities of Teacher Education in the German-speaking part of Switzerland. The project is conducted by administering surveys and interviews with instructors involved in computer science education. The data collected will be analyzed and used to identify areas of improvement and best practices.

The findings of the study will be presented at an event at Schloss Au/Zurich (3.4.2023) and published as a white paper. The goal of the project is to provide valuable insights and recommendations for the development and implementation of computer science education in the German-speaking part of Switzerland.

Founder of the Coetry-Lab in Zurich, which is funded by the Manava foundation (starting in February 2022)

GENDER STI is a project co-funded by the European Union’s Horizon 2020 research and innovation programme under grant agreement No 872427. 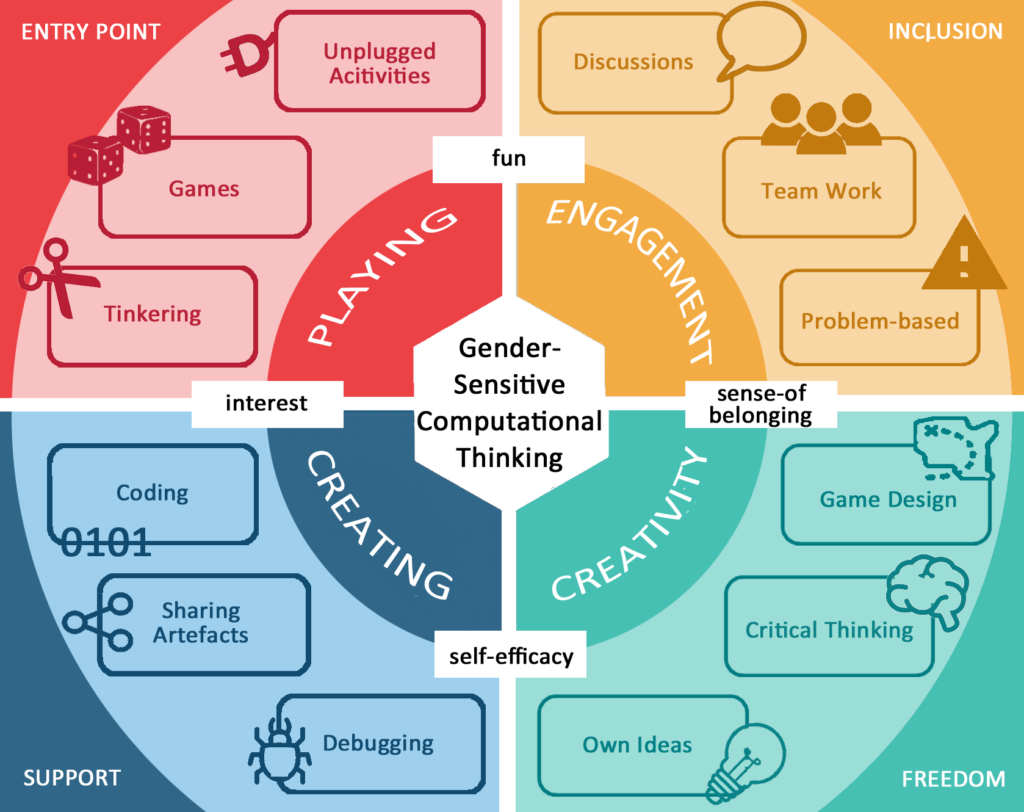 In all of my initiatives for girls I hypnotised the following:

The “Playing, Engagement, Creativity, Creation” (PECC) framework builds the basis for all of my initiatives. The PECC framework is informed by key literature in gender studies, Computer Science education, and the learning sciences; iteratively developed through the large-scale European study (“No One Left Behind” NOLB Project, H2020 No. [645215]) and expanded from 2018-2020 to have a unique focus on gender consciousness by focusing on gender in CS classrooms.

To increase the number of IT professionals/students with new teaching concepts, workshops, open learning spaces, evaluation of activities.

GSoC-Project 2019 (Google Summer of Code) by Naomi Pfaff, Stefania Makrygiannaki Purpose:   The tutorial game should be extremely engaging and motivating for this challenging target group of younger female teenagers between 13 to 14 years old. At the same time, it needs to teach coding on small smartphone screens. The story of the game was created during a Bachelor thesis with the help of personas formed by questionnaires and interviews at secondary schools in Graz. Links: Related Publications:

MOOC: Get FIT in Computer Science 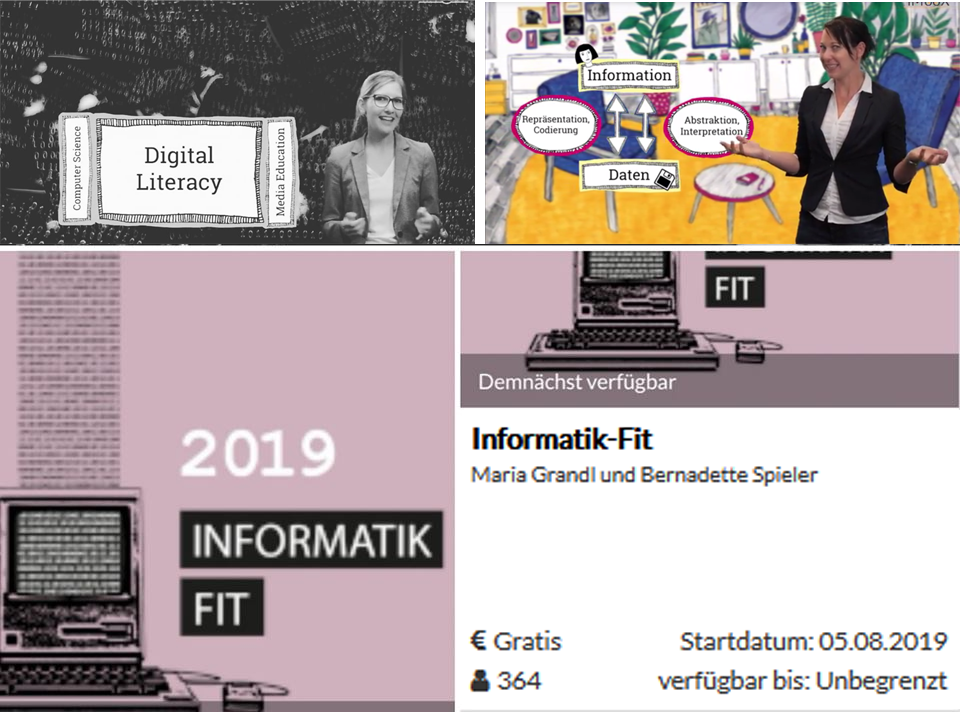 This course should attract women in particular by counteracting stereotypes and clarifying expectations. The modules are all done by women! We are talking about famous female CS scientists and use a game design approach. These pre-MOOC should make it easier for prospective students of TU Graz to start their technical studies.


Available at iMooX.at. (in English/German)

An evaluation of the attractiveness of Pocket Code showed that students were motivated by its ease of use and its appealing design; however, girls rated the app less enthusiastically. To appeal to female teenagers in particular, a tailored version of the app “Luna&Cat” has been developed. This customised version stands in contrast to the “one size fits all” solution Pocket Code, which may discourage certain user groups. For apps to have a higher chance to appeal to a specific target group, it is necessary to optimise their store listing on app stores, especially as we found that app stores are the most effective way to reach teenagers. For the new version, a focus group discussion was hosted. This discussion ﬁrst brought insights about our target group and suggested names and designs for the new app; and second, allowed each student to make proposals for their desired games. This is important because most girls have the feeling that the games they play are not created for them. With this customised app, our aim is to reach and build a user base of interested female teenagers who want to learn how to code.

To make the app more appealing to our target group of girls between 12 and 15 years old, we are planning to extend the app with the option to program embroidery machines. In this way, self-made patterns and designs can be stitched on t-shirts, pants or even bags. Thus, with Pocket Code, the embroidery machines will be programmable. Patterns and different forms can be created using Pocket Codes’ visual programming language. As a result, teenagers have something they can be proud of, something they can wear, and that they can show to others. The project will be realized together with “bits4kids” and the fashion shop “Apﬂbutzn”. Related Publications:

funded by NetIdee in association with the University of Graz / Sociology
January 2018 – February 2019
RemoteMentor in Pocket Code provided female beginners with real-time mentoring from advanced users in our community. A matchmaking system, modules for mentors, and a bidirectional screen-sharing option supported this process. Mentee and mentor found each other online and the mentee provided a view on the code or Pocket Code project. Via voice or chat channel with established systems, additional support was provided. The  ﬁrst mentors were students of the TU Graz, and later experienced users of the Catrobat community, who helped female users find their footing in their ﬁrst coding steps. This project also examined whether the gender of the mentors had an inﬂuence on the satisfaction and progress of the girls (to see the positive inﬂuence of female role models). For this purpose, we partnered with sociology scientists from the University of Graz focusing on gender aspects for the research part. This team conducted group discussions and interviews with female students.
Links:
Related Publications: 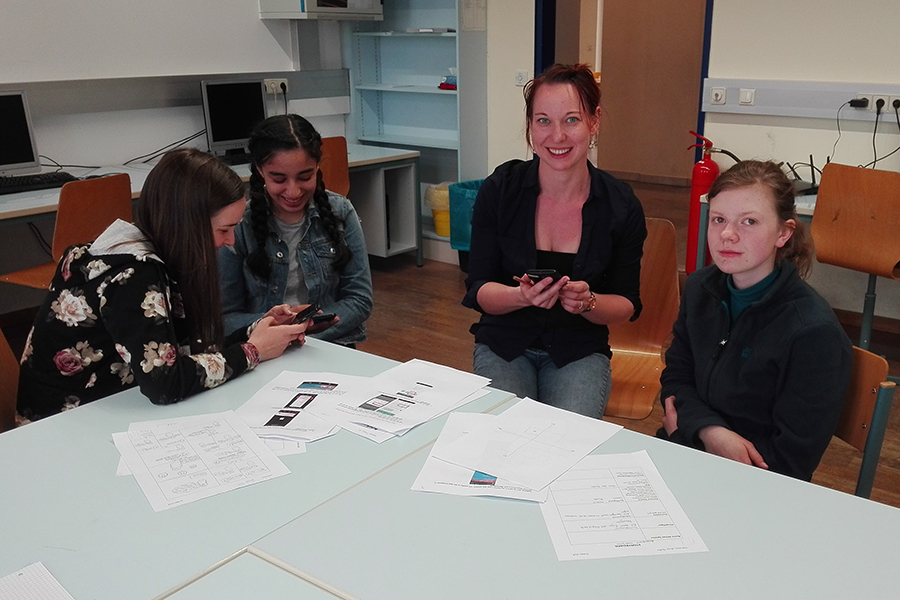 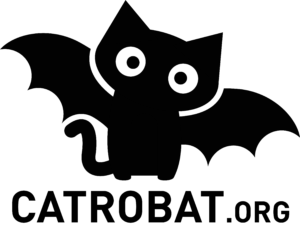 The Free Open Source Software (FOSS) non-proﬁt project Catrobat ( www.catrobat.org)  was initiated in 2010 in Austria at TU Graz. The multidisciplinary team develops free educational apps for teenagers and programming novices. The aim is to introduce young people to the world of coding. With a playful approach, young people of all genders can be engaged and game development can be promoted with a focus on design and creativity. Catrobat is the ofﬁcial name of the project’s visual programming language as well. The project follows an  interdisciplinary approach through worldwide collaborators. More than 500 participants, most of them students of TU Graz, participated in this project. A ﬁrst public version of our free app published in 2014, with 46 releases of the main coding app as of April 2018. Our app currently has more than 700,000 users in 180 countries, is natively available in 40+ languages (including several languages not directly supported by the underlying operating system), and has been developed so far by almost 1,000 volunteers from around the world.

One of the apps of Catrobat is Pocket Code, a visual programming language environment that allows the creation of games, stories, animations, and many types of other apps directly on smartphones or tablets, thereby teaching fundamental programming skills. This app consists of a visual Integrated Development Environment (IDE) and a programming language interpreter for the visual Catrobat Programming language. The IDE automatically translates the underlying code parsed by the XML ﬁle into visual brick elements and vice versa. With the use of simple graphic blocks, users can create their own game, colorful animations, or extensive stories directly on the mobile phone without prior knowledge. Visual and block-based coding language helps novices with an easy to use interface and predeﬁned Lego® style bricks. 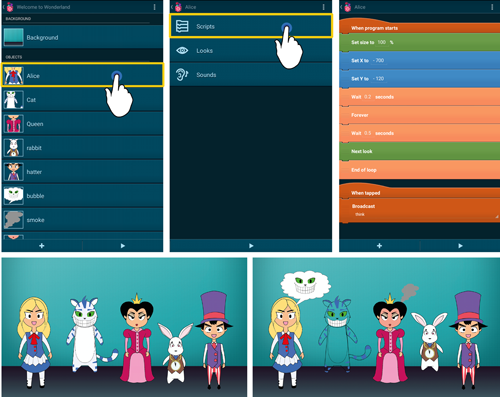 January 2015 – June 2017 The European No One Left Behind (NOLB: http://no1leftbehind.eu/) project has been funded by the Horizon 2020 framework and involved partners from Germany, Spain, the UK, and Austria. The vision of the NOLB project was to unlock inclusive gaming creation and to construct experiences in formal and informal learning situations from primary to secondary level, particularly for children at risk of social exclusion. The focus laid on those teenagers with special educational needs and disabilities (in UK) as well as immigrants (in Spain); the project was also used as a chance to recognize gender differences in engaging with coding activities and game jams (in Austria). The project aimed to develop a new generation of Pocket Code, which should be a more mobile media-rich programming environment for teenagers, by providing meaningful learning experiences and supporting learners to realize their full potential. This was done by transferring game mechanics, dynamics, assets, and in-game analytics from non-leisure digital games into the app and by evaluating the coding lesson. Related Publications:

The Create@School app is a more tailored version of Pocket Code for academic purposes, with predeﬁned templates for students to start with an almost ﬁnished game and accessibility settings have been added for students with special needs. Create@School is also linked to other services such as behavioral tracking to collect events during coding, as well as the Project Management Dashboard (PMD) for project submission and assessment by teachers. Create@School is still a beta version. For teachers please conduct createatschool@catrobat.org.